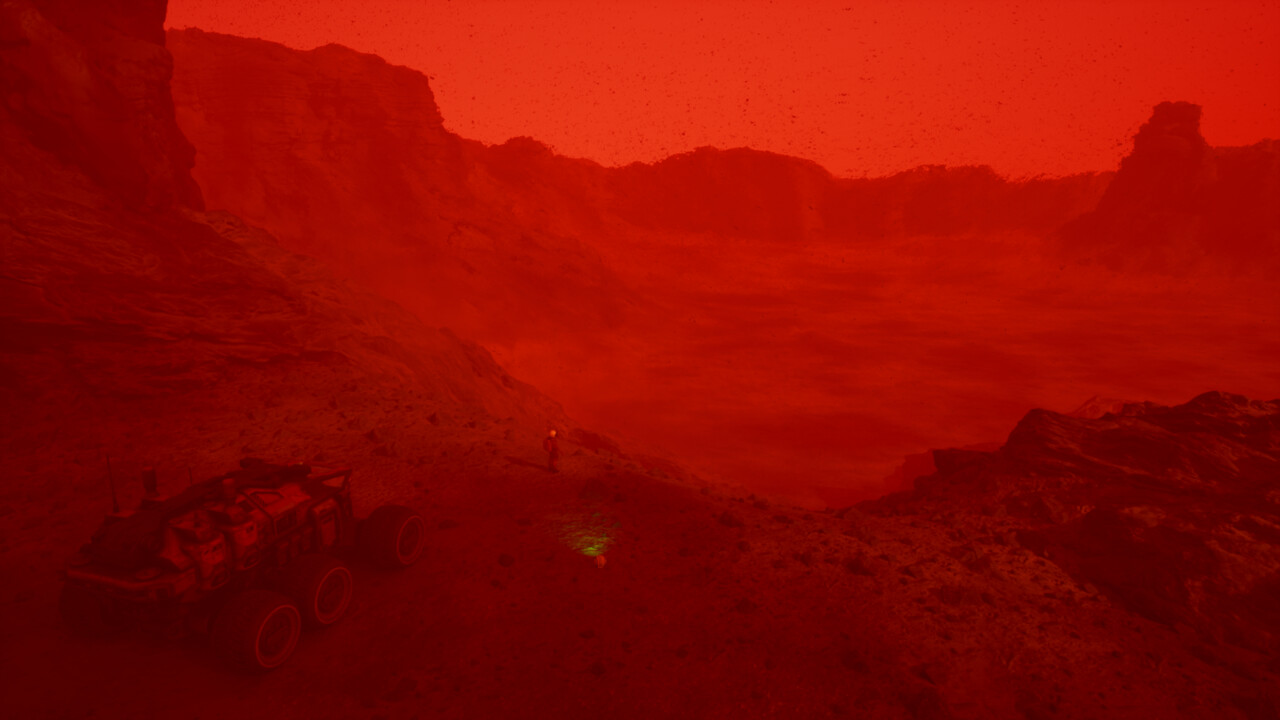 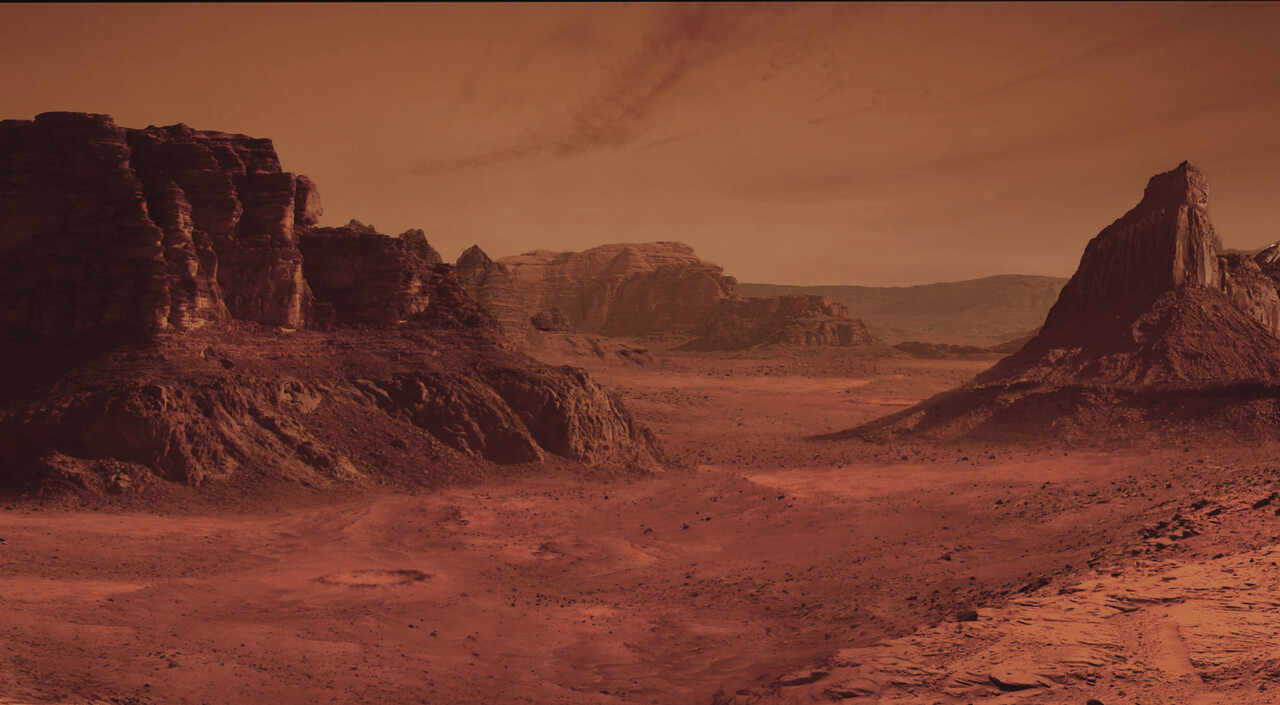 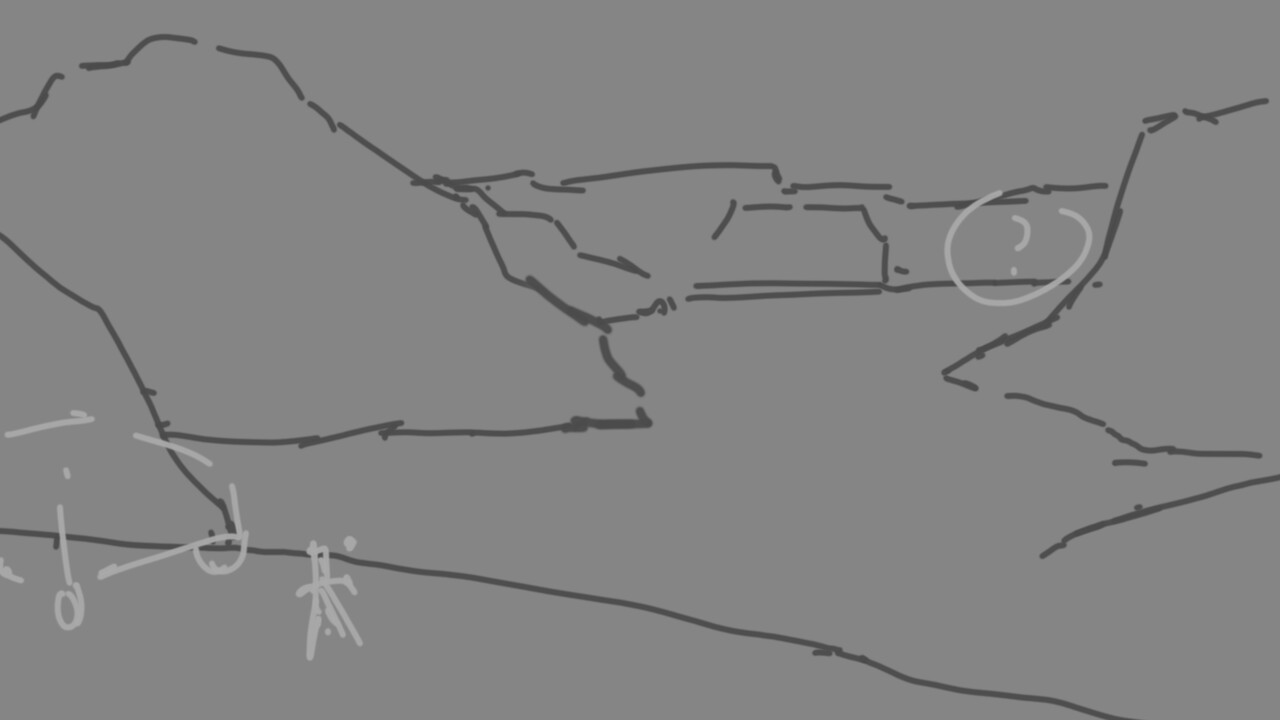 So, this is what I've been working on lately, in UE5. None of these assets are mine. All of these are from the market place; the rover, astronaut, small sphere drone, the cliffs, particle effects, etc. I wanted to make a scene based on Mars, and I came across this piece by Amante Lombardi https://www.artstation.com/artwork/AyK6y

I made a very quick sketch on the idea that I had in mind. Right now, it's just missing something on the far right area. I'm still planning to adjust a few spots on the cliffs. I added a hill for the shot, but that was mainly it. The material layers for the rocks, sand, and cracks were already built. I moved a couple of the particle effects closer to the camera. Also used the nanite feature, just to see how far I can go adding many cliff meshes. I already went over the texture streaming budget :), so I turned it off. Definitely went overboard.

This is the first scene where none of the assets in the scene are mine. Just literally using what's in the marketplace.

As I was making this, I was leaning more towards a shot inspired by The Martian movie, with Matt Damon. I wanted to add a small drone, but tried to make it fit, floating by the astronaut, but because of the helmet, it didn't seem right seeing two round shapes next to each other. I went with a ball that could roll nearby the astronaut, almost like the BB-8 droid in the Star Wars series. As far as what the astronaut's looking at, I'm aiming to not make it too fictional, but almost realistic in some way. This is still a work-in-progress. 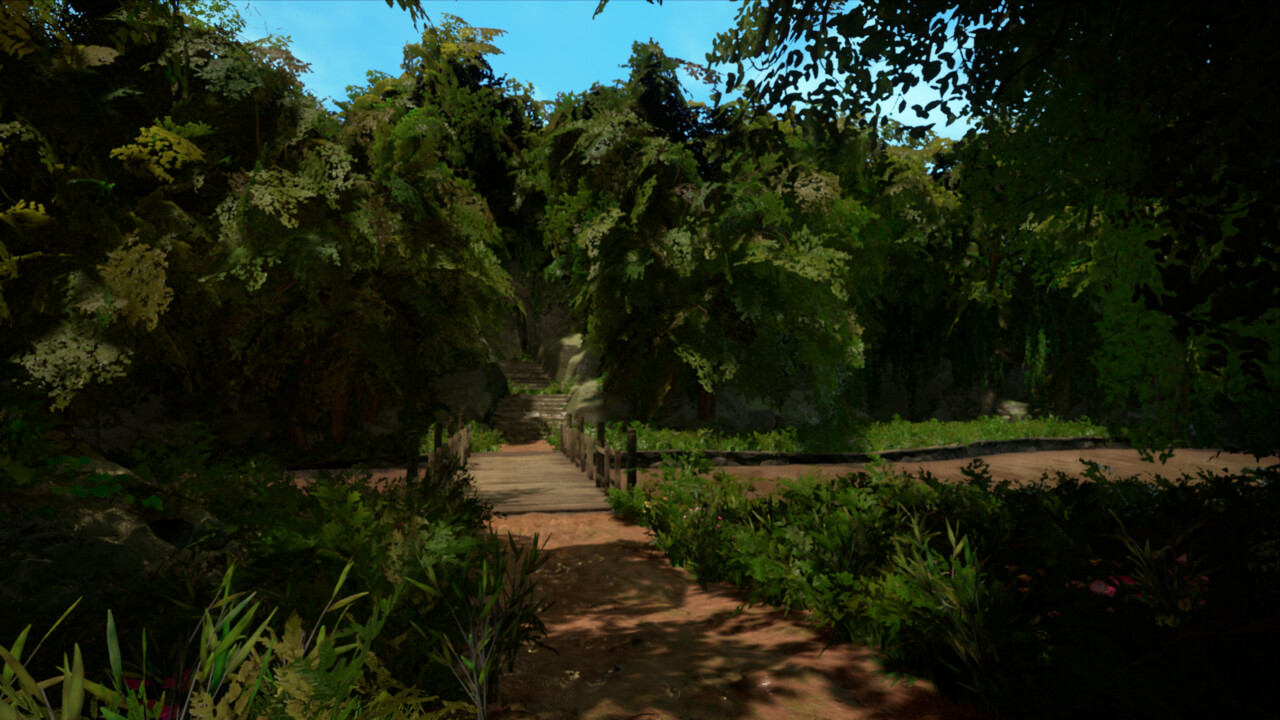 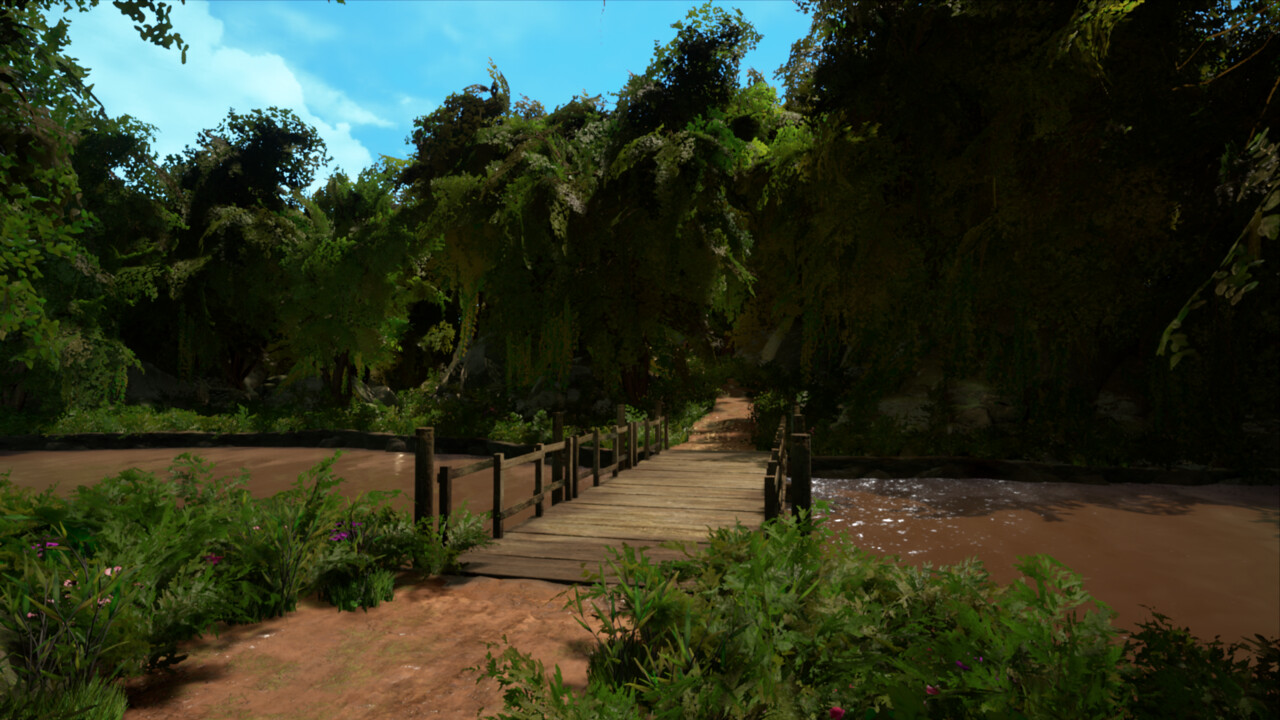 Going to try and wrap this up soon. I didn't get all of what I wanted, but for the most part, I wanted to dive on mainly creating foliage. The past few days has been boggling down on tests and some interviews. Something's locked down for sure, and I'll eventually have to pack up and get things moving. For now, I'll want to get most of this out the window before I move on to the next thing. 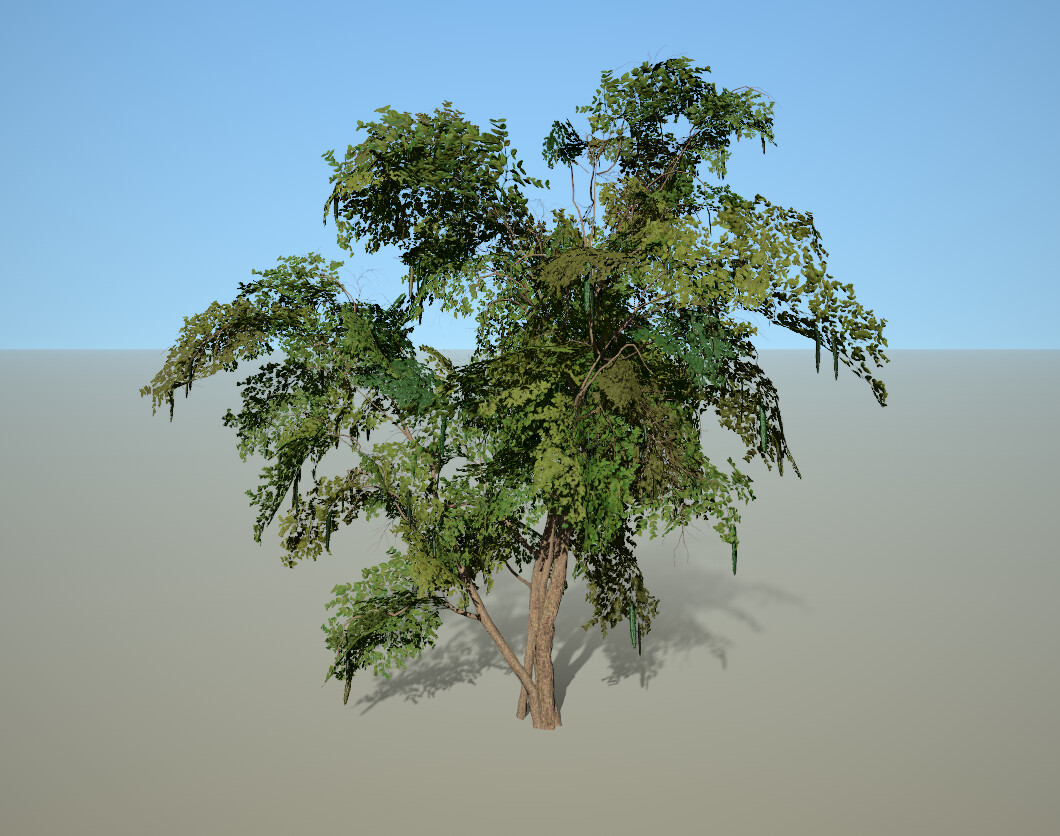 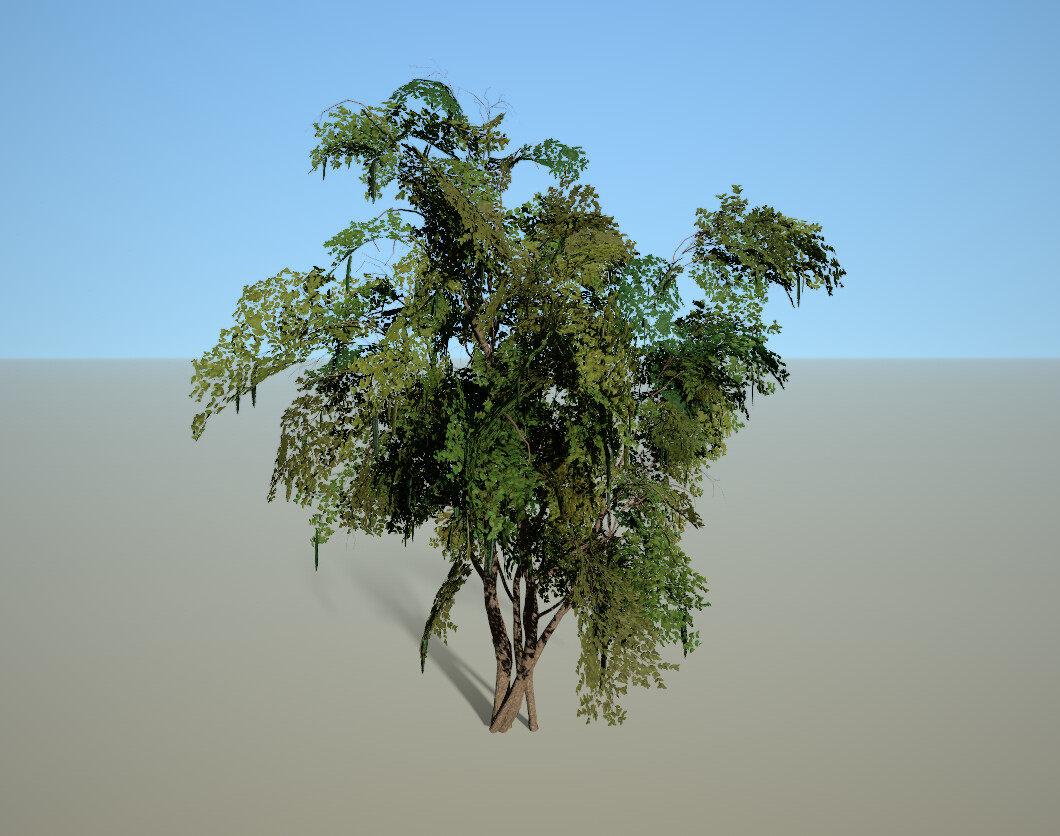 Back on some more foliage pieces. Made some leaf clusters for the trees, and some hanging pod flowers by the leaves, using what I made, along with the tree bark material. Went for a 2nd pass on the plants and flowers I made a while back. The vines, I'll work on those later.

I made some of the stems for the plants a bit thicker, just because they'll be fairly small. I'll most likely use of couple of those to break some of the space of just seeing so much green around the scene. Going to make a few more trees to replace what I added a while back. 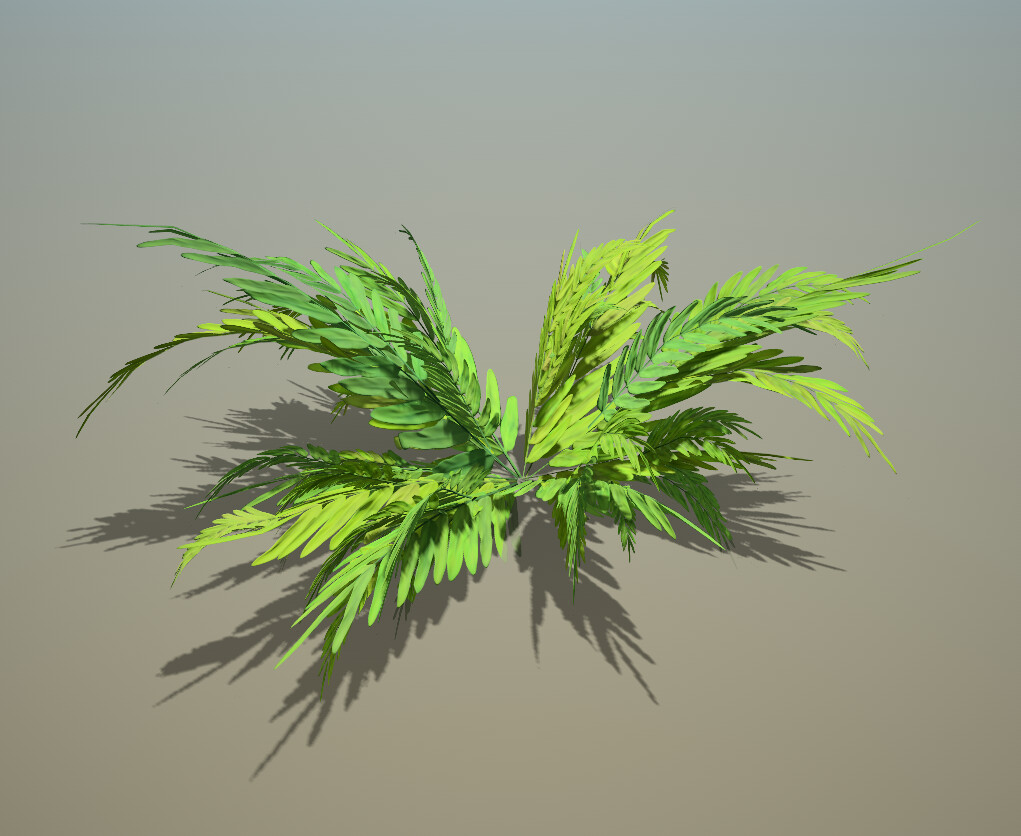 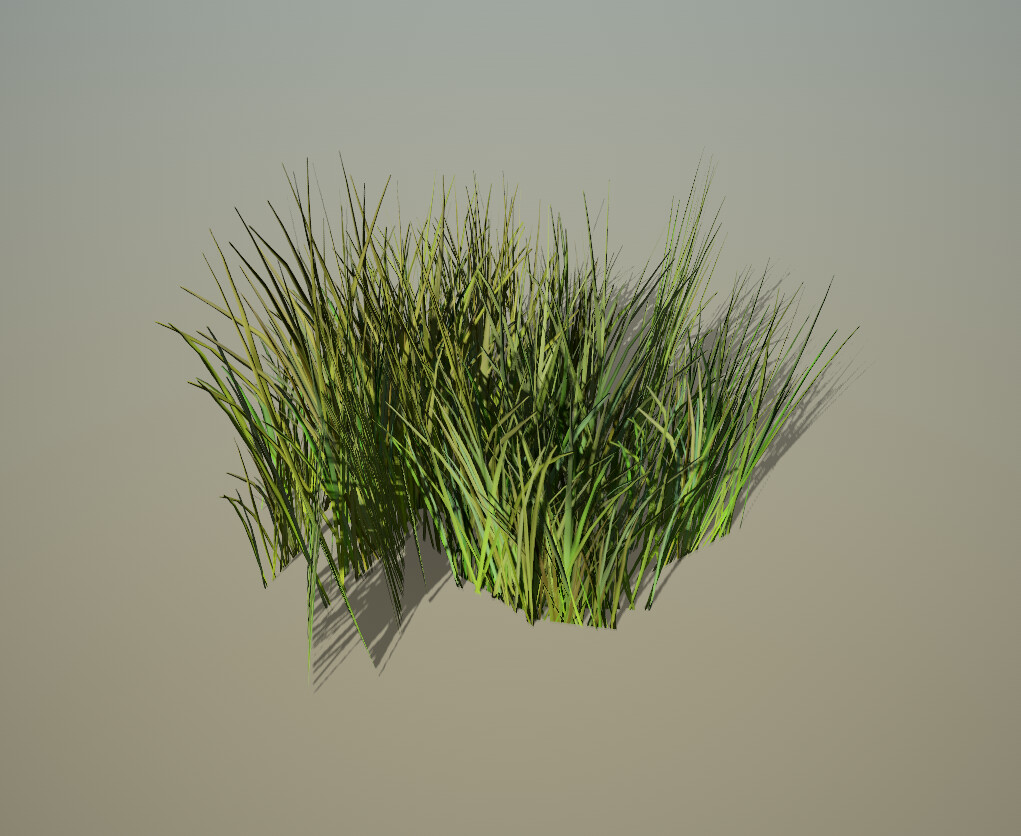 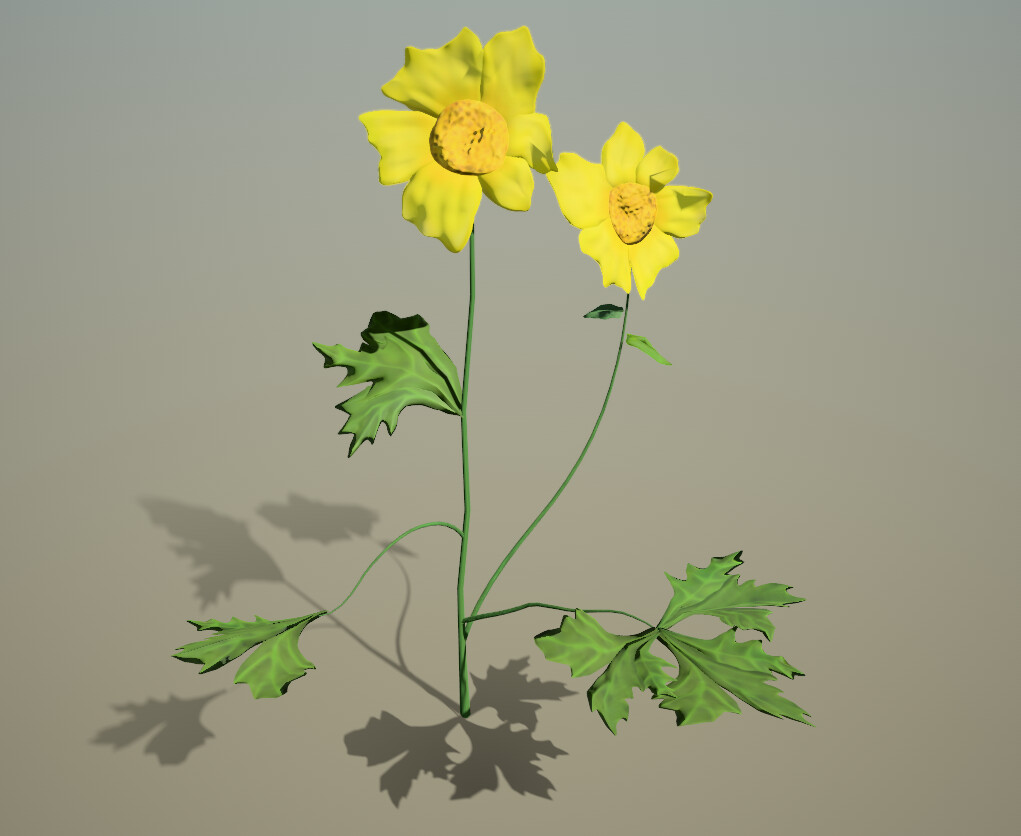 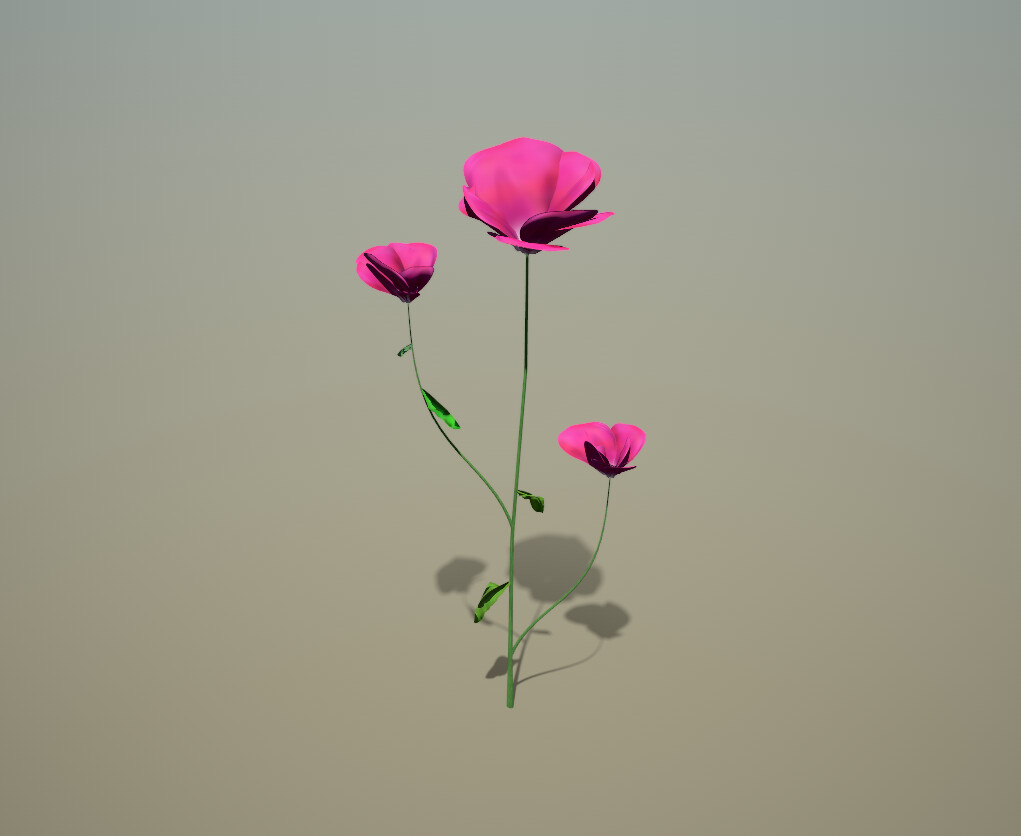 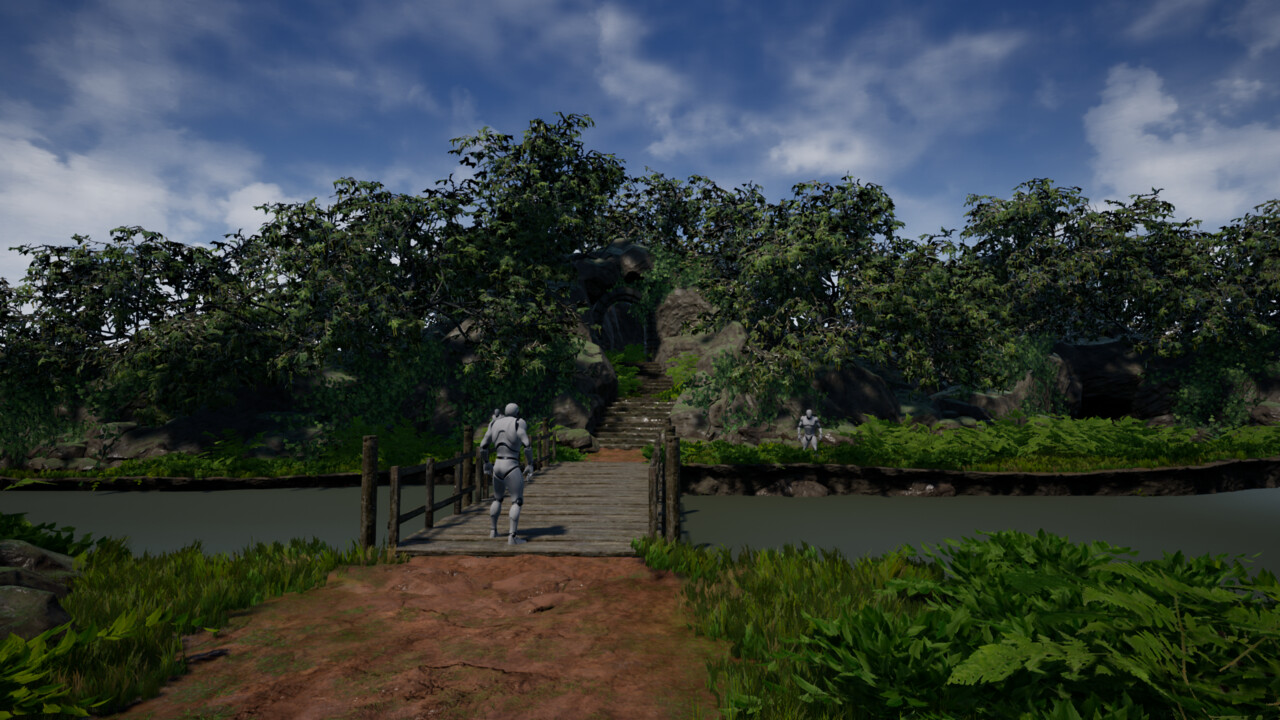 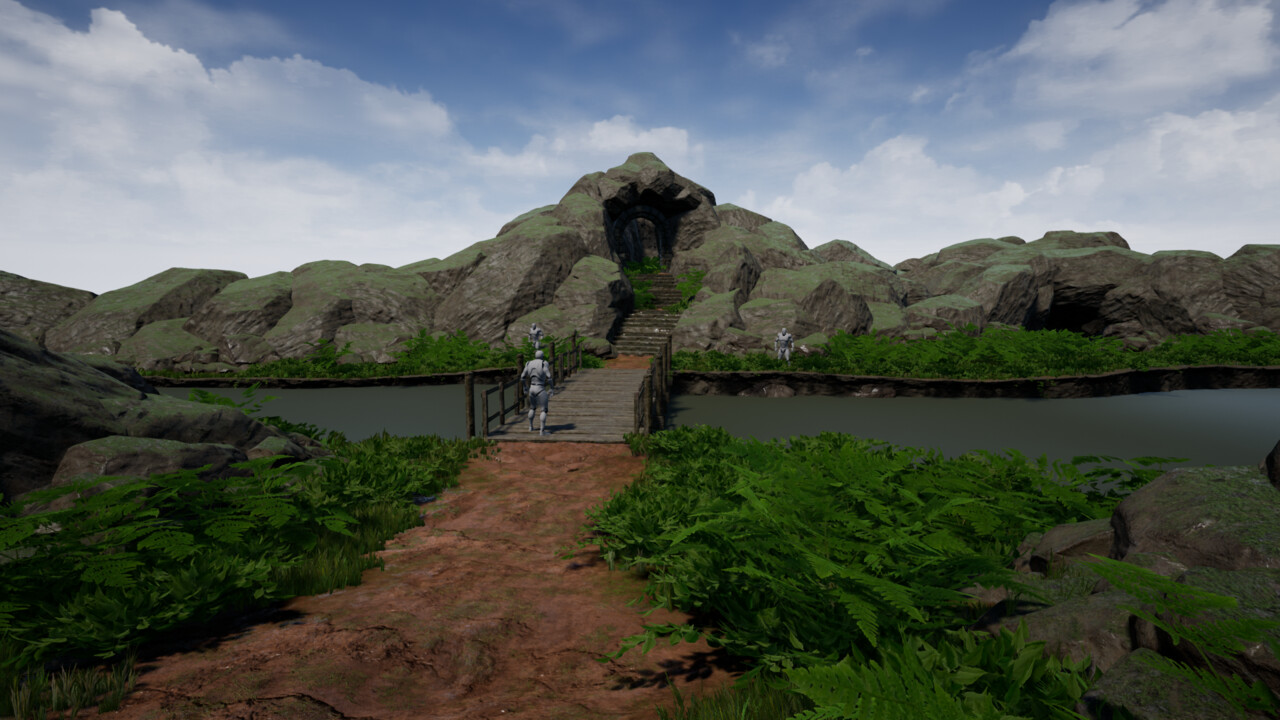 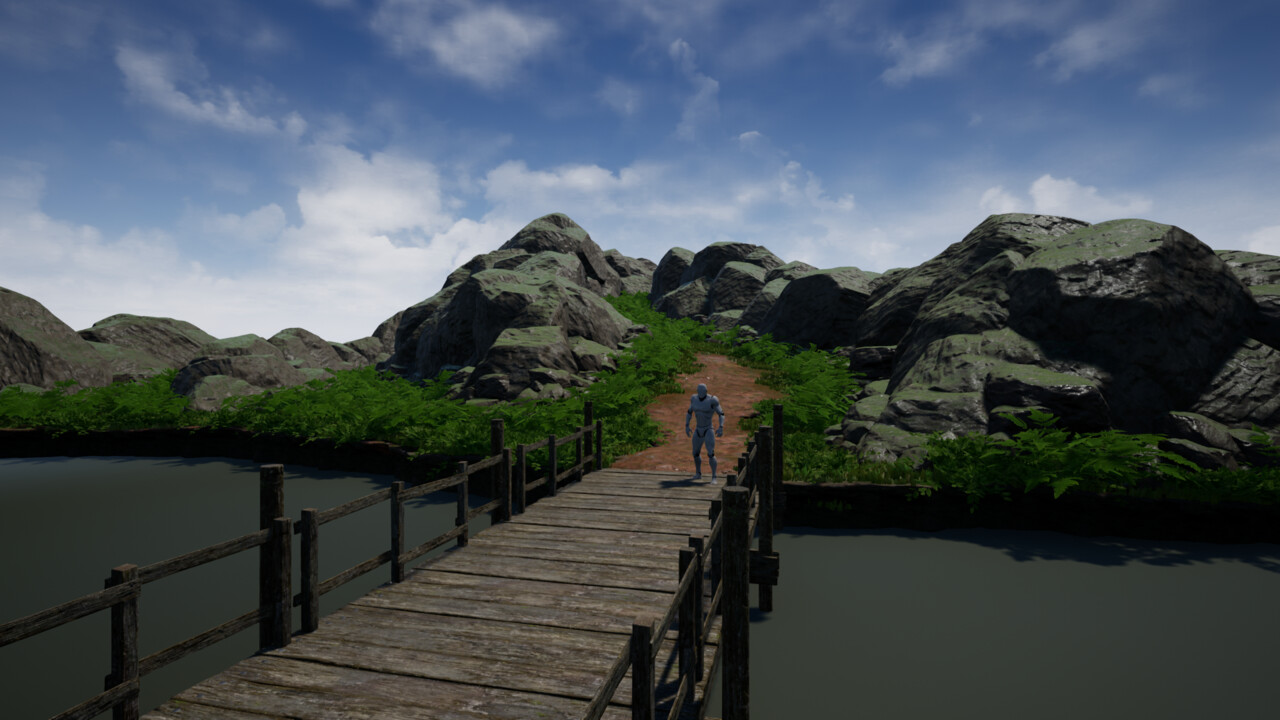 Small update on this scene. I'm in the phase of adding some grass. Using that LandscapeGrassOutput node in UE4.

It's basing it off of the grass material, of the 3 blends. I have 3 variations of grass, and 2 variations of the fern plants/clusters. This might all be overkill, but I'm just testing this out. I played through the Hitman 2 game again, and noticed that they have a ton of plants around for the player to use, to hide from the AI. I'm trying to find a fine line in between.

Just a while ago, I was debating on whether or not I should create the foliage plants on my own, or use what exists online. I'm using some materials from MegaScans and GameTextures, and am editing them out in SpeedTree. I have some plants that I grabbed off of from the SpeedTree store, that I plan on using, either working off of the graph nodes, or making some from scratch, and switching the textures completely.

I most likely will replace what I did, and recreate them, without heavily using the asset packs. I tested out making some grass, from scratch. I plan on refining this for the scene. 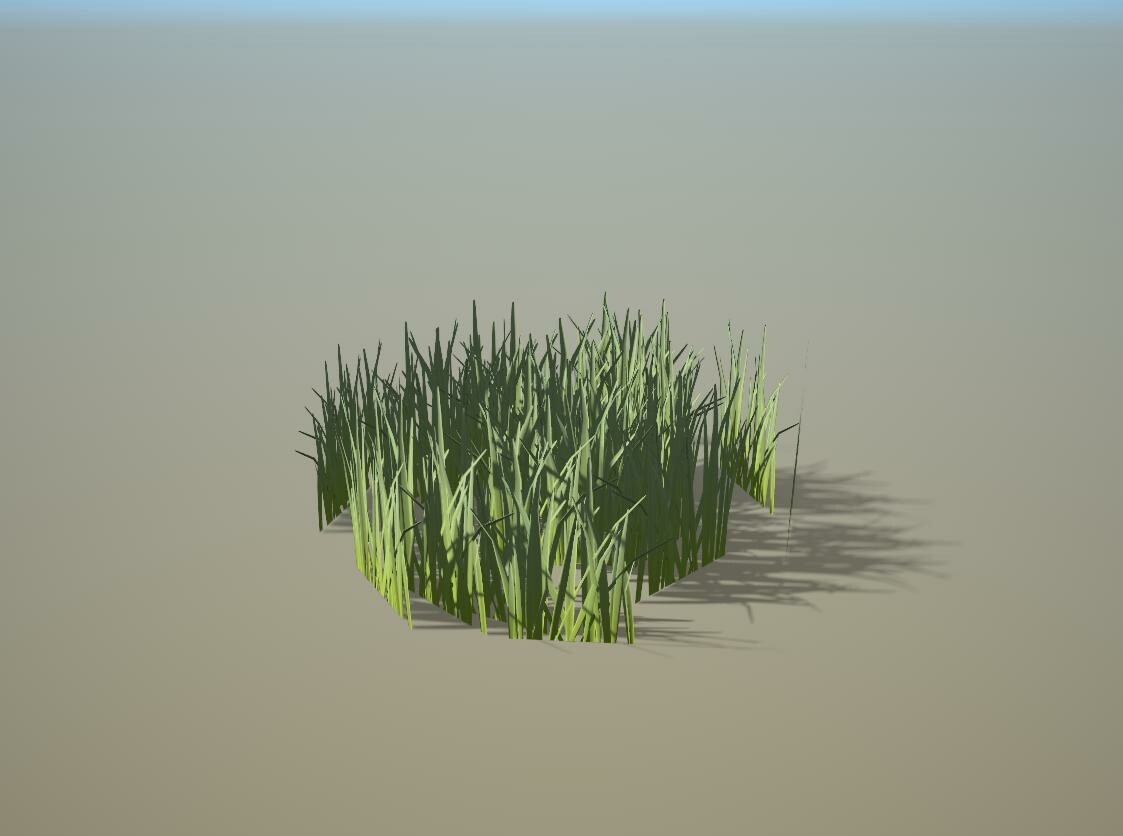 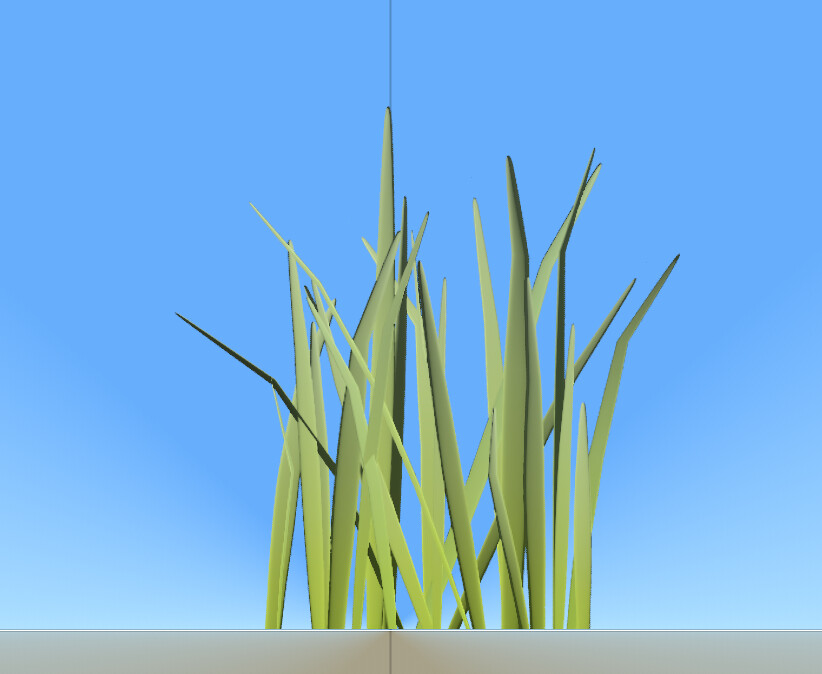 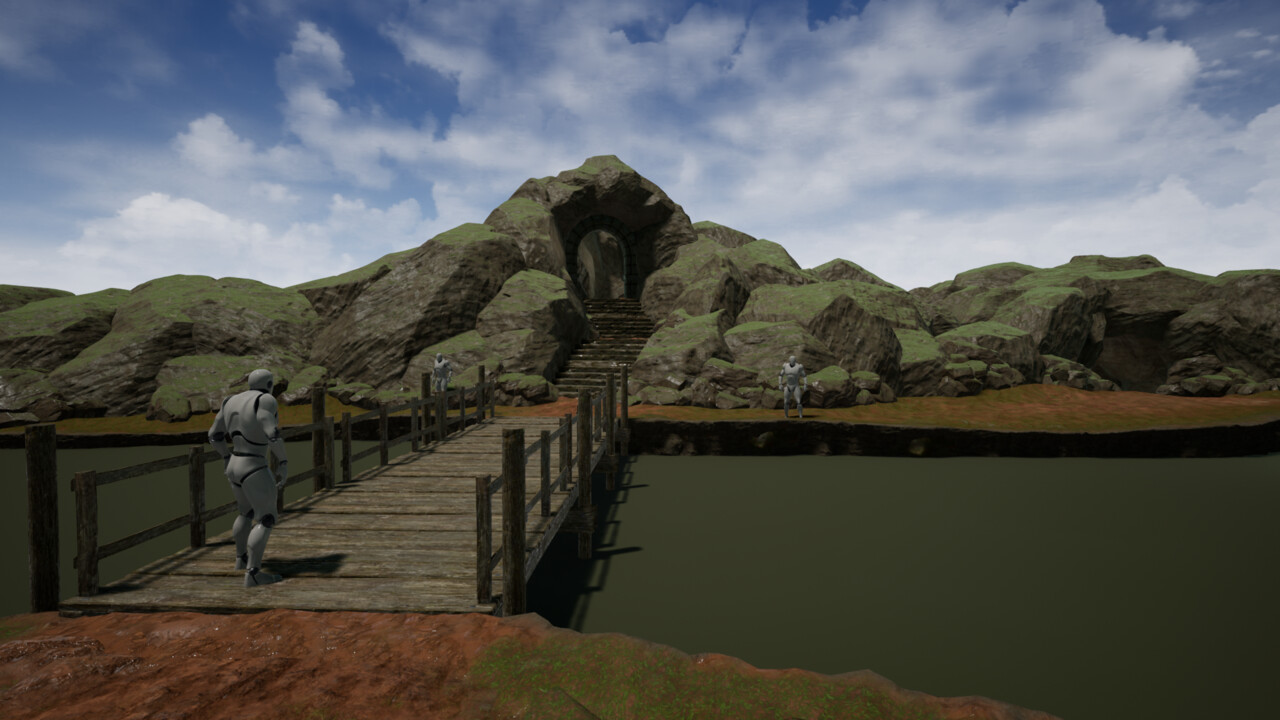 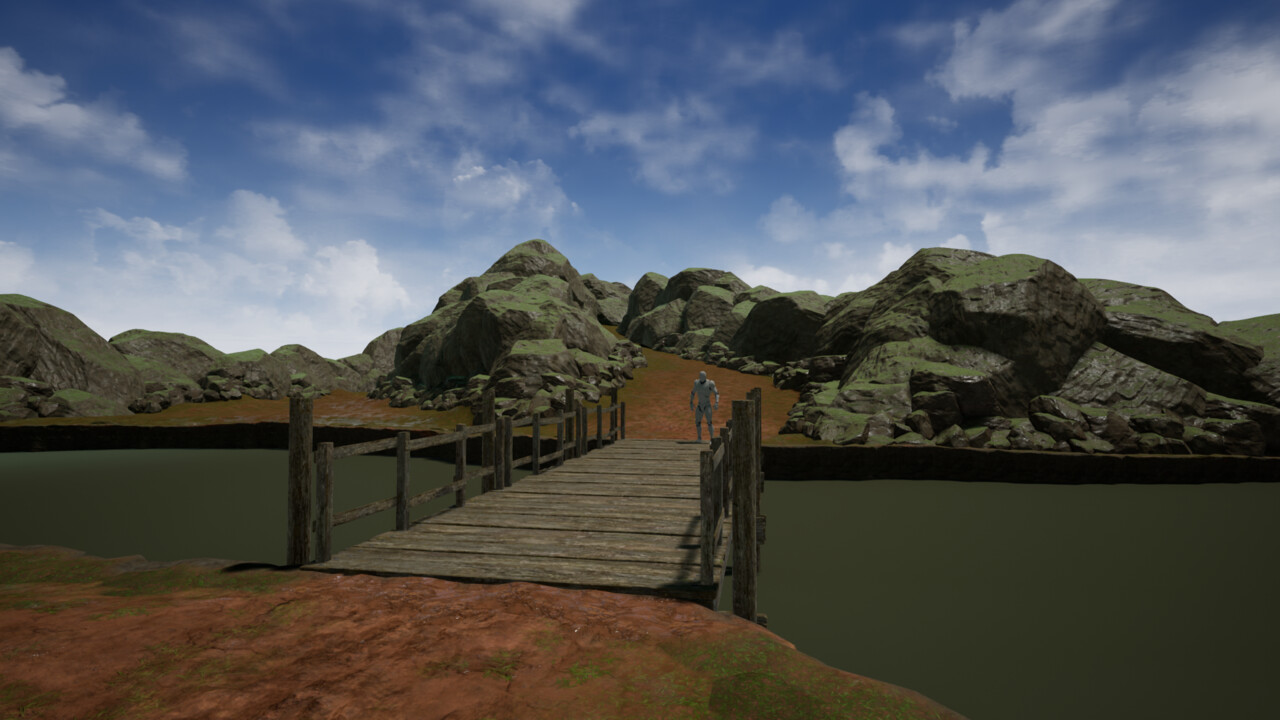 I posted this around just a while ago, on Twitter and Instagram. Just thought I'd leave a post here, to keep track on where I am now, on this scene.

Haven't been on this for quite a while. Made a texture pass on the stairs and the arch piece in the back. I might start on the trees and plants next. I've been holding off on that.

Been debating on how I would approach this. I have some packs I grabbed off of the SpeedTree store..

I'll most likely give it a shot, making some leaves and foliage, based on the tree packs I grabbed from the store. 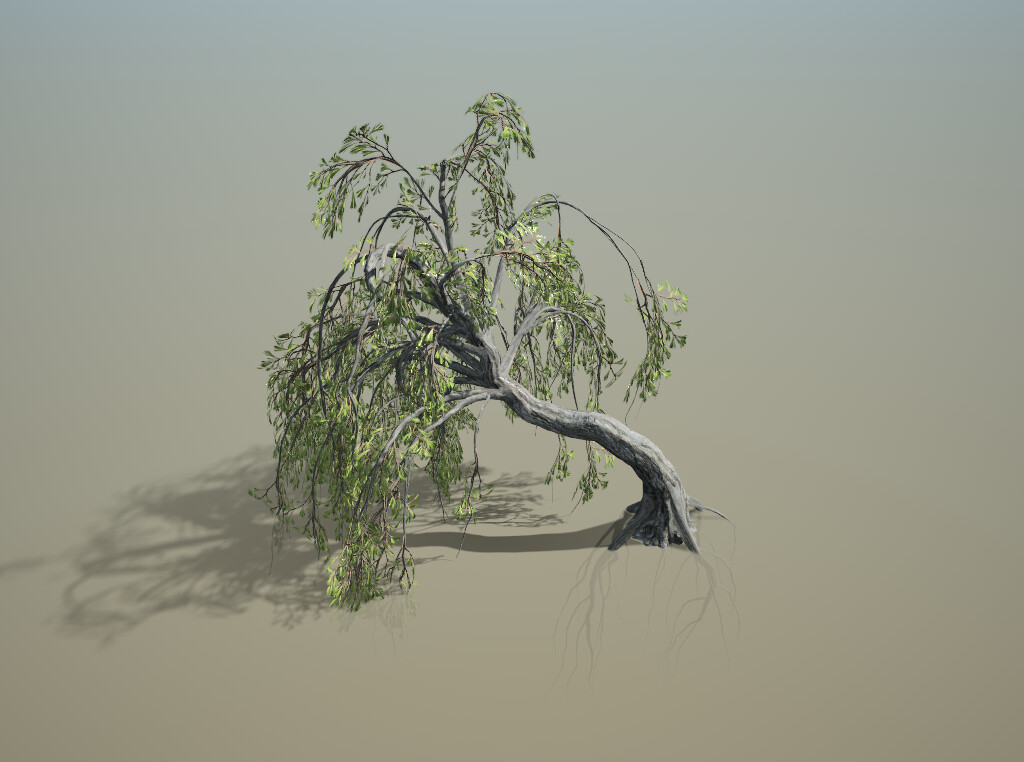 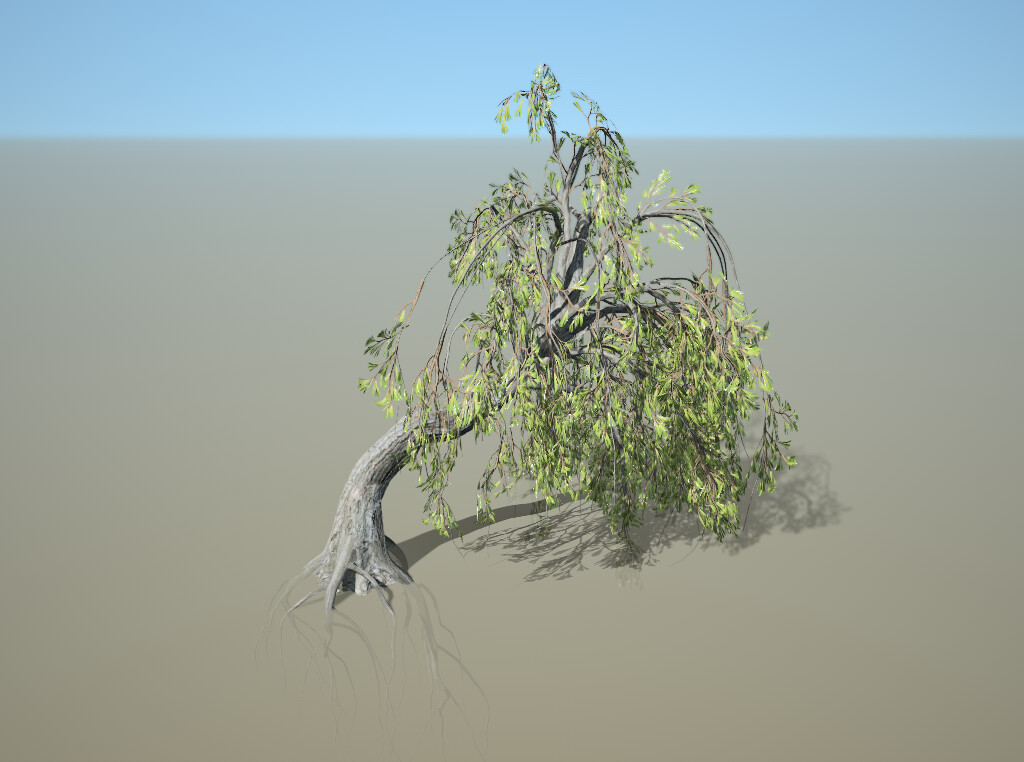 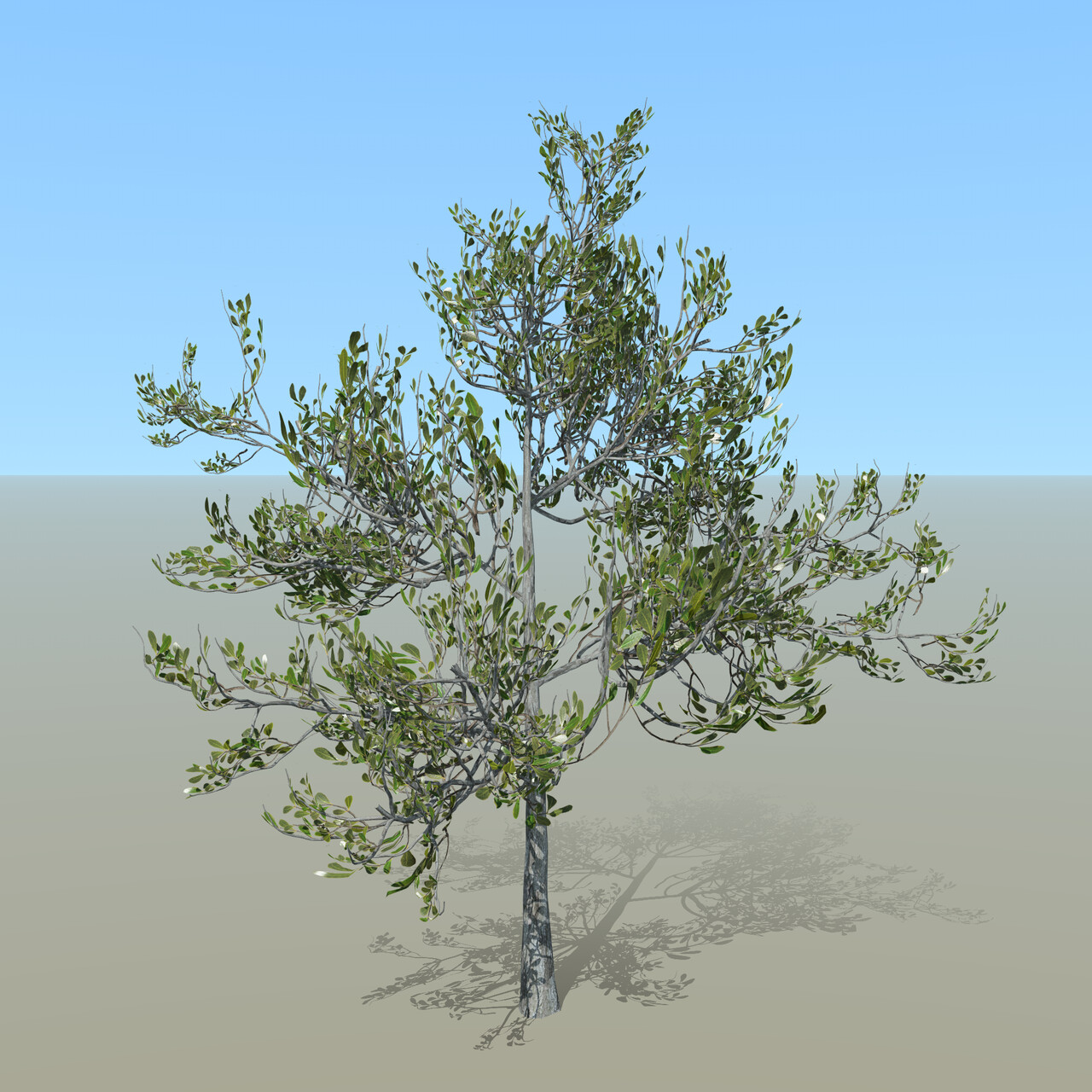 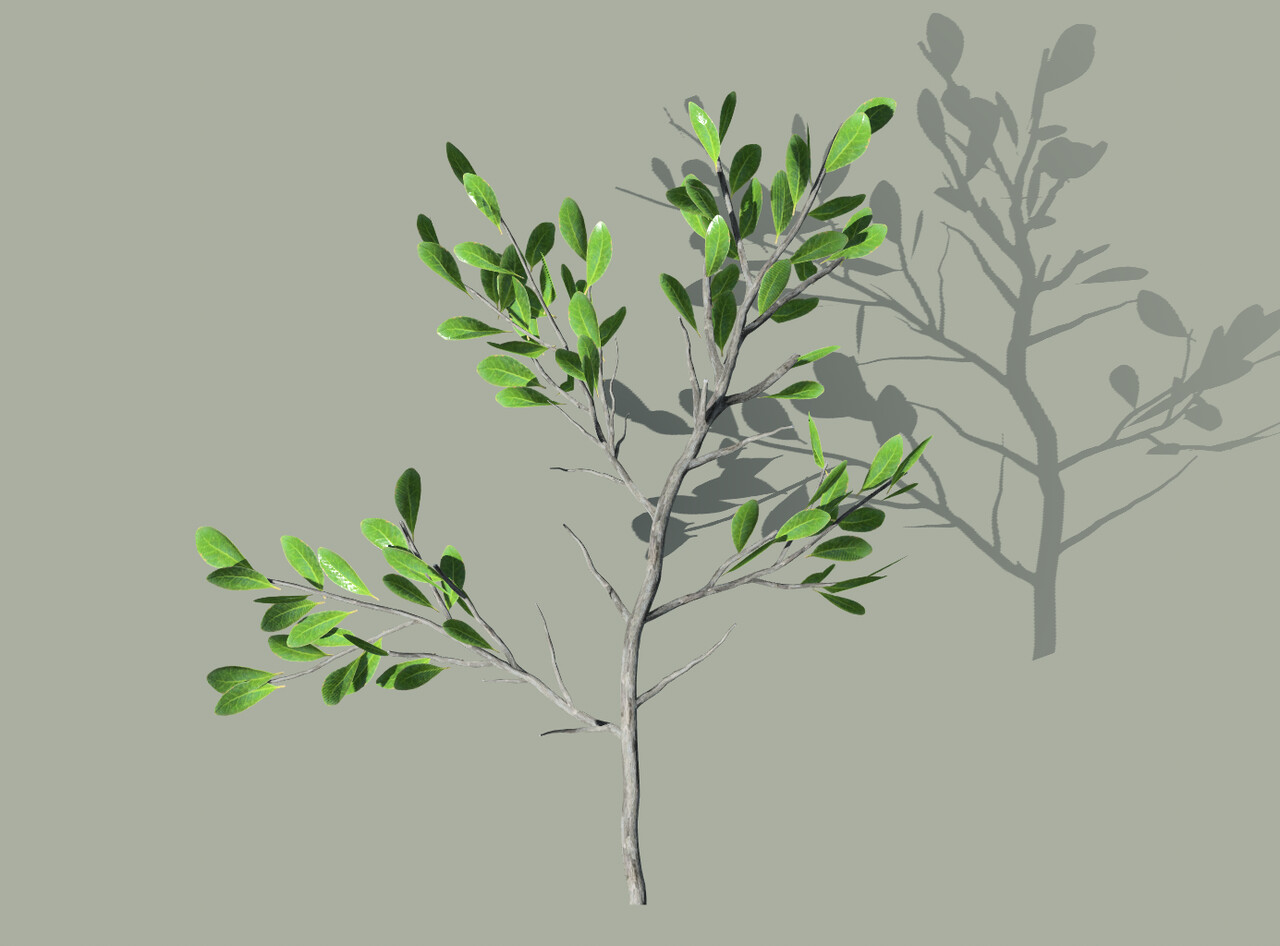 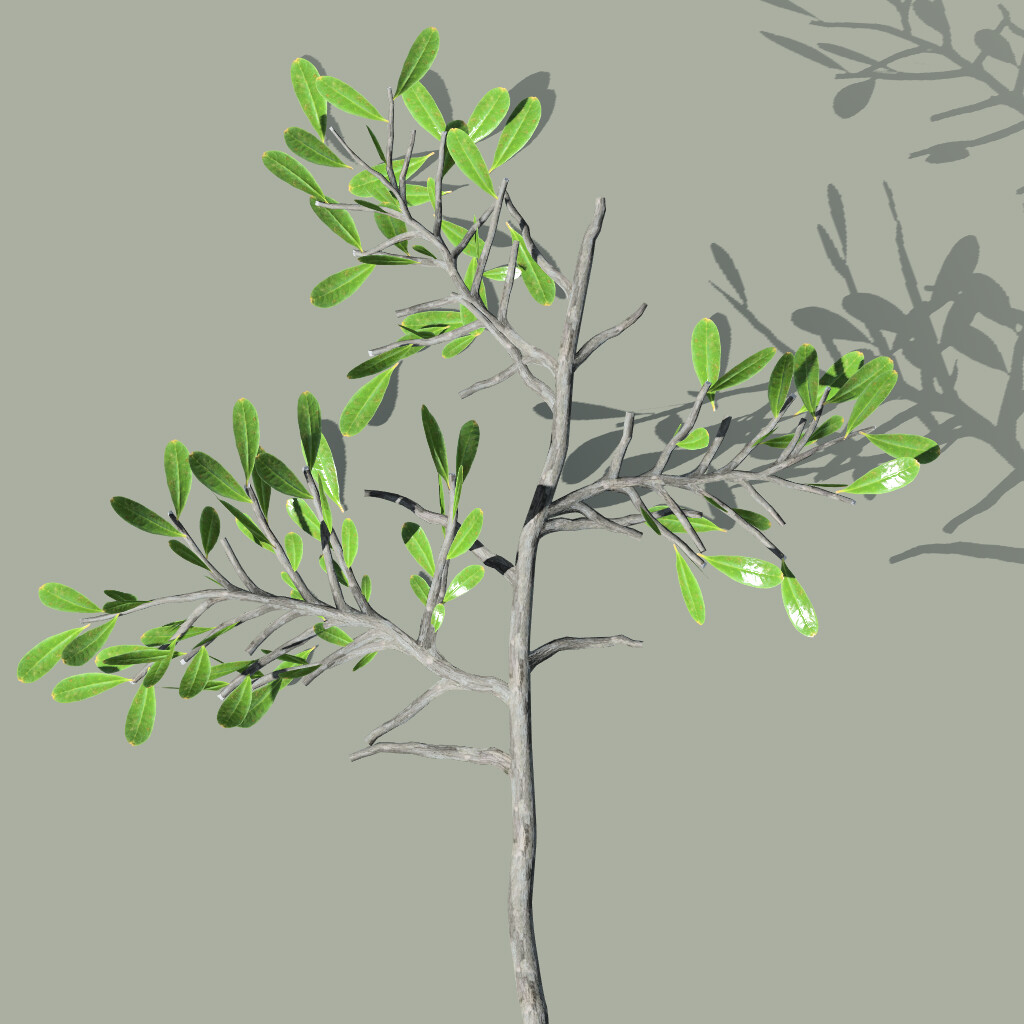 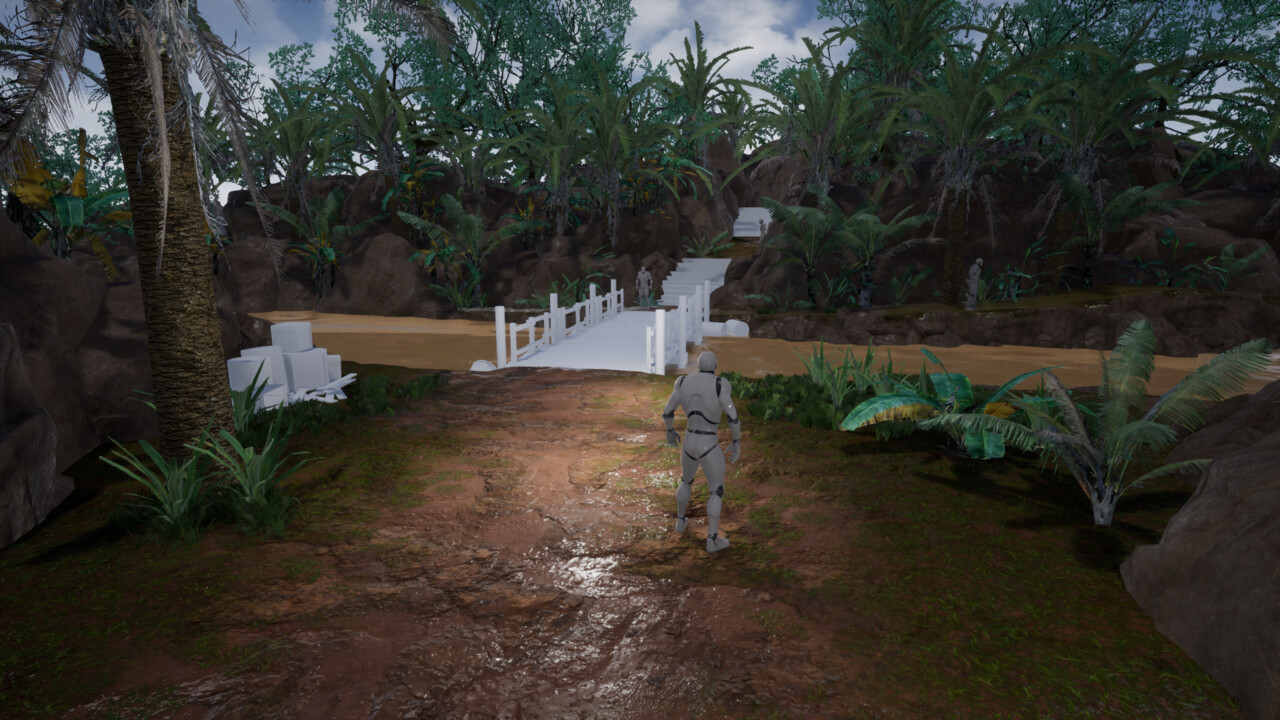 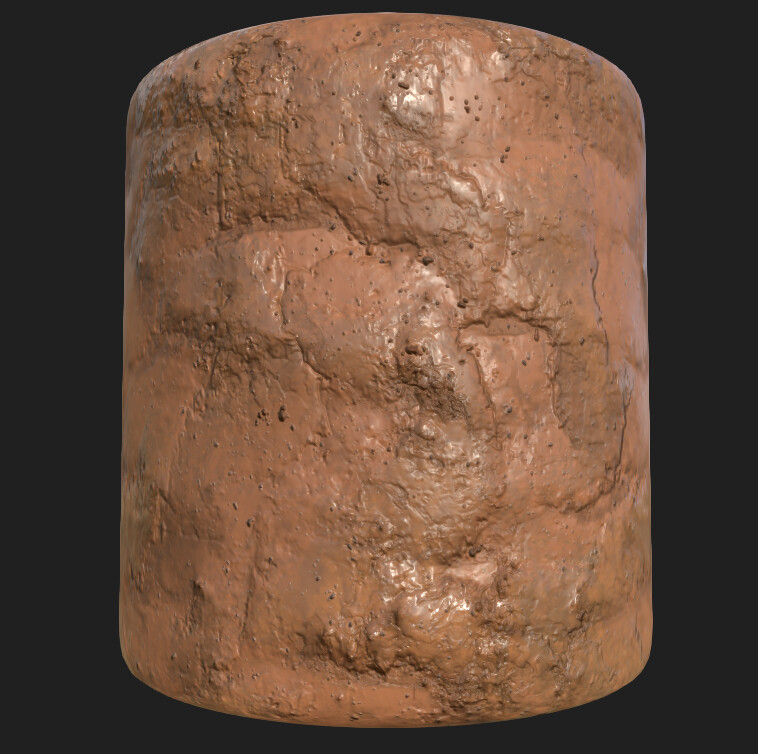 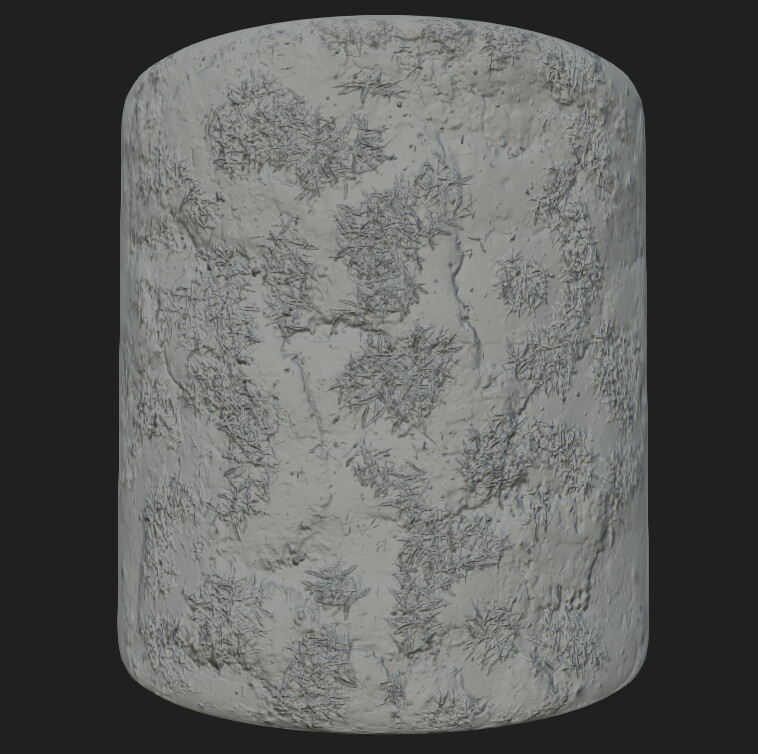 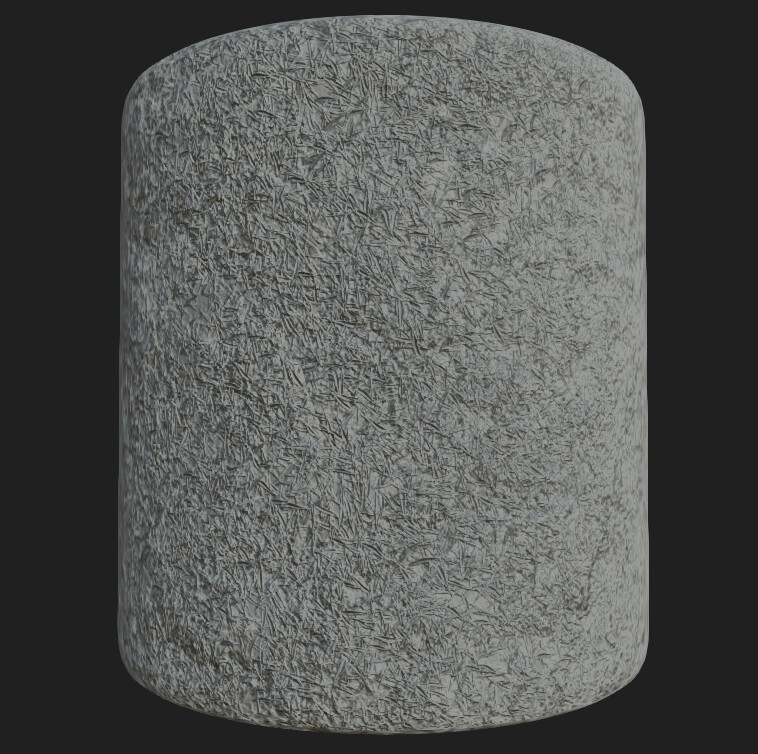 In between all the stuff's that's been going on, work and non-work related stuff, I've been making these for the Columbia scene. Some slow pickings. These will be for the ground in the scene, to blend. I was aiming for a mud base material, mud + grass, and grass. The grass might be over-kill, as far as the height, so I'll adjust that a bit.

I hung out with some indie devs earlier today to try and focus on the albedo/roughness for the first material, before bolting out for the Superbowl. I haven't placed all of them in the scene yet. Just thought I'd post a WIP for the sake of posting a WIP. I'll get back on this whenever I'll squeeze in the time.

Mud ground WIP, part deux. Might make another variation with the mud ground.

I'll eventually play around with these, blending the materials in the scene. Still refining this one, but don't want to get too stuck on it. 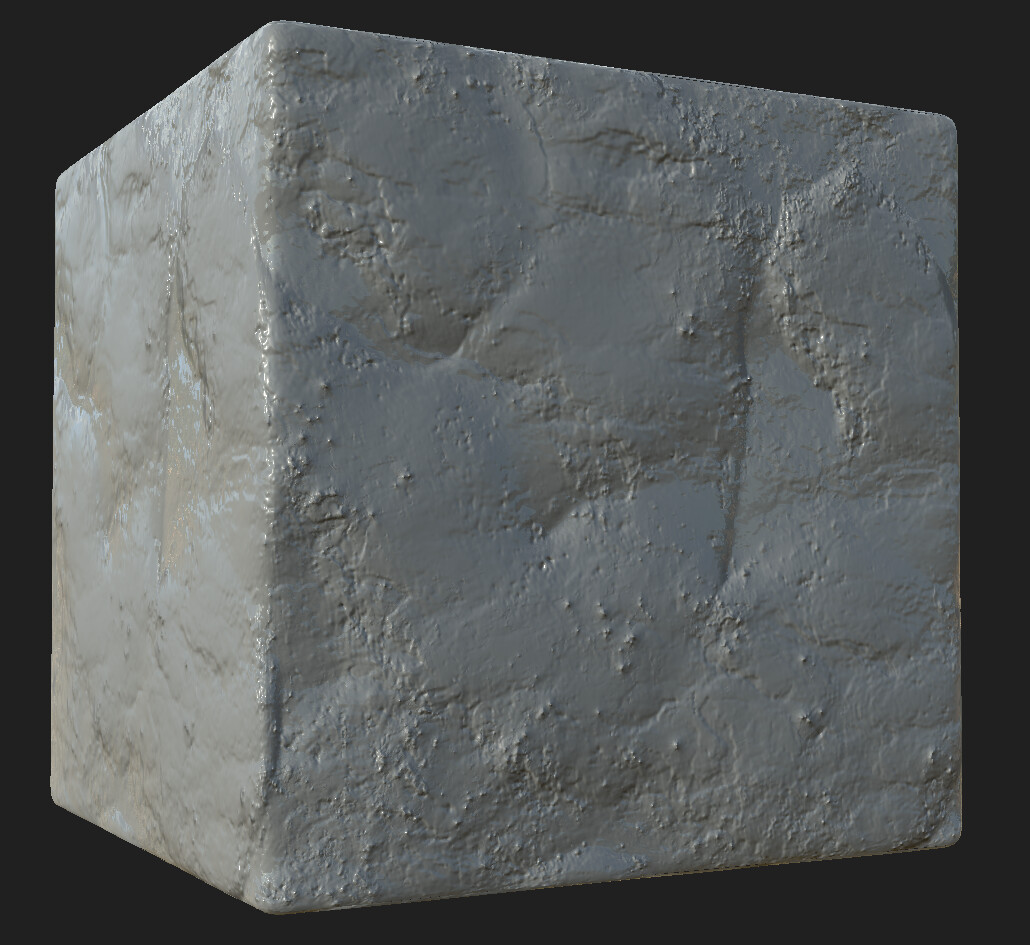